Welcome to Brightway, The Young Agency 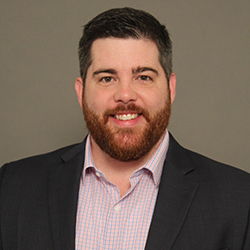 Benjamin is a decorated combat veteran and comes to Brightway after being a captive agent. He saw a demand for options and wanted to do more for his customers and others in his community who needed coverage. With Brightway, he has access to a growing list of 40 insurance companies, which means he can offer more choice while helping consumers gain total protection for their homes, cars, trucks and more.

Benjamin and his wife, Tara, set roots in Abilene when he was stationed at Dyess Air Force Base. He gained much of his financial savvy while serving eight years as a Combat Comptroller. His service includes tours in Iraq, Afghanistan, and Korea as well as several humanitarian missions in the US and abroad. He maintains his ties to the military and veteran community through his membership in the Commemorative Air Force - Big Country Squadron, where he serves as Finance Officer, and in the Air Force Sergeants Association. Additionally, he is a member of the Abilene Chamber of Commerce and Abilene Young Professionals.

He is an alumnus of Ashford University in Clinton, Iowa where he earned a Bachelor of Arts in Business Administration. He loves to read, hunt, play sports and spend time with his family.