Welcome to Brightway, The Kolk Agency 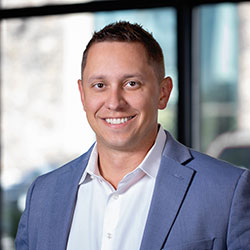 Brandon comes to Brightway with over 12 years of insurance experience, including six years as an Agency Owner for a national insurance company. Within five years of starting his agency, he was awarded the esteemed Million Dollar Round Table national award. Brandon also received the Senior Vice Presidents Club, Honor Club, Honor Club Bronze, Ambassador Club levels 1, 2, 3 and exotic awards as well as the Chairmans Circle Award. He was a Circle of Wealth Master Mentor, the system's highest level of knowledge designation, for five years.

As a Brightway Agency Owner, Brandon looks forward to offering more choice of insurance brands to his customers.

He and his wife Jenn have a son, Greyson, along with their cocker spaniel, Hudson. In his free time, Brandon enjoys traveling with his family and snowboarding.  He also enjoys volunteering in the Colorado Springs area whenever he can, whether its cleaning up trails or streams after heavy rains or walking dogs at the humane society.