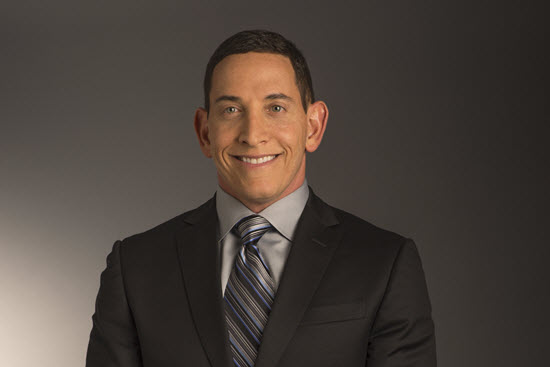 JACKSONVILLE, FLA. — Brightway Insurance received recognition for its leadership, growth and for being a best franchise opportunity for women.

“When my brother, David, and I started the business 10 years ago, we decided that everything we do must be a win for franchisees, a win for customers and a win for employees. And if it isn’t, we don’t do it,” said Miller. “Our Win3 operating mandate has kept us focused on what makes us successful, and while we are constantly evolving to get bigger and better, we maintain that alignment that has been the root of our success.”

To select the executives on the list, Franchise Business Review analyzed 18 months’ worth of data from approximately 27,000 franchisees representing 300 brands regarding their brands’ leadership and culture as well as their overall satisfaction with the brand and their likelihood to recommend it to others.

“Most of the franchisees we talk to are investing in a business to make a profit, certainly,” says Michelle Rowan, president and COO of Franchise Business Review. “But they also want to feel that the executive team cares about their personal success and communicates openly and transparently. That’s how you develop relationships built on trust and respect — and that’s what makes a great leader. The fact that Michael Miller was chosen by the people whose business success is dependent on his leadership is a clear recognition of his talent, vision and dedication to franchisee satisfaction.”

“I’ve joined an unbelievable support system—from the business support I get from Home Office to the advice of fellow Agency Owners to ongoing counsel from my carriers—I couldn’t imagine having more people in my corner, helping me to be as successful as possible,” said Michele Robicheaux, after opening  her Brightway Agency in Youngsville, La., in December 2017.

“Almost 10 years as an Agency Owner, and I am so glad that I chose to join Brightway. I am continually reassured that I made the right choice for my career path. I see it as a class act agency and am happy to be part of it. It has amazed me to watch the growth of Brightway almost from the beginning,” said Susan Bashant, who owns a Brightway Agency in Port St. Lucie, Fla.

In the Brightway system, women own nearly 30 percent of the franchises. This surpasses the franchise industry as a whole, which has about 21-percent female ownership.

Additionally, Brightway has been recognized by Florida Trend and the Jacksonville Business Journal for being one of the 225 largest privately held Florida-based companies and for overall sales revenue growth from 2015-2017, respectively.

The company has made Florida Trend’s list of largest privately held Florida-based companies eight years in a row, ranking #117 this year.

The Jacksonville Business Journal honored Brightway this month as one of the Fastest Growing Companies in Northeast Florida for the 10th consecutive year. Brightway is one of only 25 companies the Business Journal named to its list for revenue growth by volume (vs. percentage). The company has experienced an annual growth rate of 35 percent since it got its start in 2008.

About Brightway Insurance
Brightway Insurance is a national property/casualty insurance retailer selling through a network of franchised independent stores throughout the country. With more than $538 million in annualized written premium, the company is one of the largest personal lines agencies in the United States.

Brightway began franchising operations in 2008 and has since grown to more than 800 people in 20 states serving customers in all 50 states. Forbes has recognized the company as America’s No. 1 Franchise to Buy. Additionally, the company was named a top franchise three years in a row by Entrepreneur magazine and one of the fastest-growing private companies in America nine consecutive years by Inc. 5000. People wishing to learn more about franchise ownership with Brightway may visit BrightwayDifference.com and find us on LinkedIn. Consumers seeking a better insurance buying experience may visit Brightway.com and find us on Facebook.