As the nation prepares to recognize those who have served in the military, agents from one national insurance agency are doing their part to shed light on the call to care for our veterans.

As Americans organize parades and ceremonies for this Friday’s observance of Veterans Day, four military vets, turned business owners, are among those nationwide advocating for a National Warrior Call Day.

Military vets Brandon Murphy and Ben Foster, Brett Harms, and Chris Patterson own Brightway Insurance agencies in California, North Carolina and Oregon, respectively. They are among thousands across the country advocating for a National Warrior Call Day to be held each year on the Sunday after Veterans Day. The idea is to take time Sunday to reach out to those who have served, or are currently serving, in the military or as a first responder. “When our brothers and sisters in uniform come home they often find themselves in a losing battle,” Murphy said. “We have heard that an estimated 40,000 veterans are currently homeless in the United States and an average of 22 veterans commit suicide each day. New research shows that suicides may actually be close to double the previous estimate. We have to do more.” 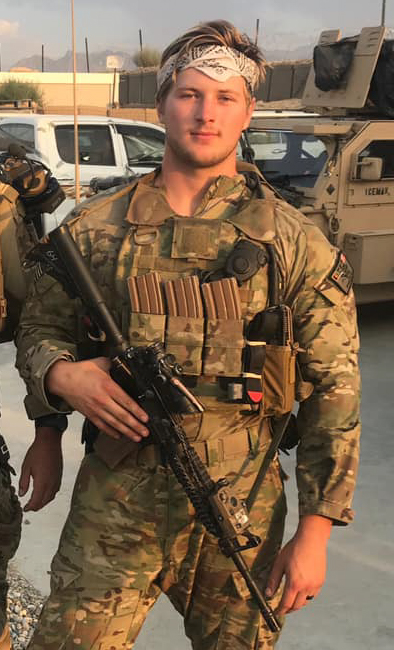 Murphy, 24, a United States Marine Corps vet, and Ben Foster, 43, a career Air National Guard member, are franchisees operating the new Brightway, Pacific Patriot insurance agency in Greater Sacramento. The vets opened the business this past summer with a military mission in mind. “We wanted to form a foundation that would benefit our veterans in need,” Foster said. “We are using a portion of revenue from the business to fund our new Pacific Patriot Foundation. Brandon (Murphy) and his wife have been integral in helping make this a reality.” The Pacific Patriot Foundation is dedicated to helping those who served their country, but now need their country to assist them.” 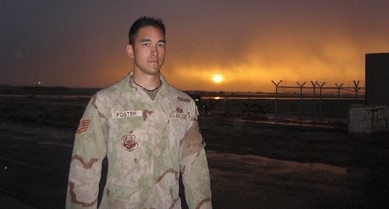 Foster, served for more than 20 years in the Air National Guard, including a two-and-a-half-year mobilization that had him stationed at Balad Air Base in Iraq, 40 miles north of Baghdad. The United States Air Force awarded Foster an Air Force Commendation Medal for service during Operation Noble Eagle and Operation Southern Watch in Iraq. Murphy trained Marines to work with bombing ordinances loaded onto aircraft while stationed at Marine Corps Air Station Miramar near San Diego, California.

Over the past decade, more military vets have committed suicide than the total number of those who died in combat in Vietnam. Additionally, the suicide rate among vets and active-duty military personnel between 18 and 34 years of age is two-and-a-half times that of the general population.

“The thing about suicide is it’s harder on the people you leave behind. It was rough. It’s still rough,” said former U.S. Army Sergeant and current Brightway, The Harms Agency owner Brett Harms. “I got a call right after I got out of the service. An Army buddy of mine took his own life. My squad leader also committed suicide. I mean, I just spoke to him the week before it happened. People who need the most help never say a word.”

A 24-year-old former Military Jumpmaster for the 82nd Airborne who was stationed in Fort Bragg, North Carolina, Harms believes putting aside Sunday to focus on those who served is not just a good idea, “…it should be a duty for every American. It’s about more than saying thanks to our service members. It’s about being there when they need us the most.” The current North Wilmington business owner served in Afghanistan as attached infantry for a special forces group. His service earned him the Army Commendation Medal (ARCOM), Combat Infantryman’s Badge, Expert Infantryman’s Badge and multiple Army Achievement medals.

Serving as a Sergeant in the United States Air Force during peacetime, veteran and Brightway, The Patterson Family Agency owner Chris Patterson says it’s a very complex issue. “In 1982, my brother wanted to be a Navy Seal. He was working toward that at the time he took his life. He was only 22. His life just fell apart,” Patterson recalled. “Those who serve and their families deal with a lot of different stressors every day.”

Patterson, 57, worked in civil engineering during his service at Eglin Air Force Base near Fort Walton Beach, Florida and Norton Air Force Base just east of Los Angeles, California. Today, his son is an Air Guard Reserve Staff Sergeant who serves as an F-15 fighter jet weapons expert at Kingsley Field Air National Guard Base in Klamath Falls, Oregon. “My dad was in the Navy in the years leading up to the Vietnam War. My sister served in the Air Force working in intelligence. So, my family knows about the military life and the pressures it can bring,” Patterson added. “Yes, Friday is an important day for our family and so many others. But, Sunday can stand all on its own in reminding us to reach out to our heroes.”

Veterans, or families of veterans, in need of emergency counseling can reach the Veterans Crisis Line at 1-800-273-8255, then press 1 to reach a Veterans Affairs staffer. You can also call the Suicide and Crisis Lifeline at 9-8-8, text to 838255 or visit VeteransCrisisLine.net for assistance.

Brightway Insurance is the highest-ranked insurance franchisor on the Franchise Times Top 500 Franchises List of 2022 and has been named to the list for eight consecutive years. With more than 300 franchises in 30 states, Brightway has also placed for five consecutive years on the Entrepreneur Franchise 500 list.

Brightway produces winning outcomes for franchisees by offering access to customized coverage solutions from a range of insurers paired with comprehensive back office and marketing support.  This winning model allows our franchisees to focus on addressing the needs of their customers to become trusted advisors and grow their business. For more information on Brightway Insurance, visit brightway.com.  For more information on Brightway franchise ownership, visit brightwaydifference.com.