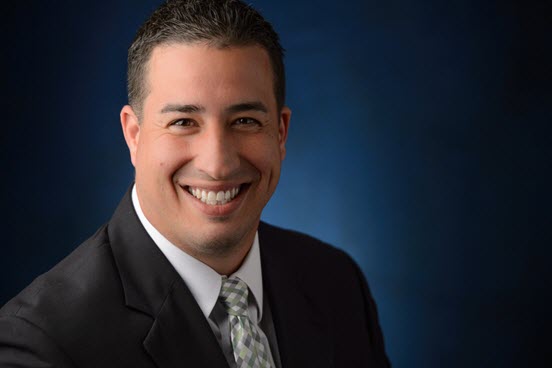 STUART, Fla. — When Tony Barletta decided to retire from owning a Brightway Insurance franchise, there was no question about to whom he wanted to hand the baton to take over the Brightway Insurance Agency he opened eight years ago in Stuart, Fla. In 2010, Vincent Zanfini was bartending, and his wife was expecting their second child. He knew he wanted a fulfilling career that would allow him to help others and better provide for his family, so he went to work for Barletta. He continued to tend bar in the evenings to make ends meet, but his appetite for success allowed him to quit his evening job after two years so he could focus solely on his insurance career. By 2013, Zanfini was recognized as one of Brightway’s $1 Million Producers; he’s won the award every year since then.

“Vincent was with me from the beginning, and I could tell he had a real hunger to be the best,” said Barletta. “He’s been an integral part of my team and the success of my business, so when I made the decision to sell my business, there was no question about who I wanted to take over. The business will be run by an outstanding professional who I know will continue to do a great job of taking care of our customers.”

“Tony taught me so much about being a successful Insurance Agent, and I appreciate the opportunity to take the next step in my insurance career,” said Zanfini. “I was born and raised in Martin County, so owning a business here that allows me to provide a needed service to my friends and neighbors is a dream come true.”

A 1999 graduate of Martin County High School, Zanfini attended Florida Atlantic University in Boca Raton, Fla. He is a five-time winner of Brightway’s $1 Million Producer Award. Zanfini and his wife, Chessa, have been married 10 years and have two children. Vincent is a member of the Stuart/Martin Chamber of Commerce, Business Networking International and the Martin County Board of Realtors. An avid sportsman, he loves golfing, fishing, football, basketball and rooting for the Miami Hurricanes during his leisure time. As a Brightway Agency Owner, he looks forward to building upon the relationships he’s developed over the past eight years and creating news partnerships to help more consumers find expert counsel and more choice in their insurance coverage.

“We’re proud of Tony and the outstanding team he has built and wish him the best in his retirement,” said Brightway President, Talman Howard. “Vincent has earned a solid reputation at Brightway and with the support of our Florida-based Home Office, we expect him to reach new heights as he transitions into his role as Agency Owner.”

About Brightway Insurance
Brightway Insurance is a national property/casualty insurance retailer selling through a network of franchised independent stores throughout the country. With more than $527 million in annualized written premium, the company is one of the largest personal lines agencies in the United States. Brightway provides its franchise owners with access to more insurance companies than any other agency, along with a comprehensive system of support that frees them up to focus on customizing policies that meet their customers’ needs.

Brightway began franchising operations in 2008 and has since grown to more than 800 people in 19 states serving customers in all 50 states. Forbes has recognized the company as America’s No. 1 Franchise to Buy. Additionally, the company was named a top franchise three years in a row by Entrepreneur magazine and one of the fastest-growing private companies in America nine consecutive years by Inc. 5000.

For more information about Brightway, The Vincent Zanfini Family Agency, visit BrightwayZanfini.com or call 772-872-7800. Learn more about franchise opportunities with Brightway at BrightwayDifference.com.