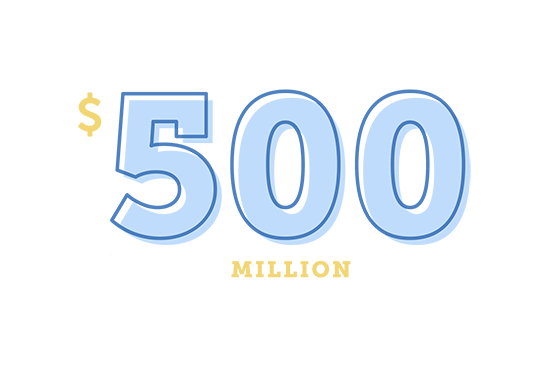 JACKSONVILLE, Fla. — Brightway Insurance, one of the largest Personal Lines independent insurance agencies in the U.S., has reached $500 million in annualized written premium, growing more than 12 percent in 2017. The company started franchising in 2008 and finished that year with $38 million in premium.

Chairman and Co-founder Michael Miller said: “Our business results exceed our wildest dreams. The results are a testament to what can be done when you build a business where all interests are aligned. Everything we do is designed to benefit our customers and franchisees. We won’t do anything that doesn’t have a win in it for each of those stakeholders. When you do that, you don’t need to convince anyone to do anything—they do the right things because it is always in their best interests.”

Brightway announced that it has crossed the half a billion dollar mark at its annual Kick-off Meeting, its once-a-year networking and training event held Jan. 19-20, at the Hilton Bonnet Creek Resort in Orlando, Fla.

About Brightway Insurance
Brightway Insurance is a national property/casualty insurance retailer selling through a network of franchised independent stores throughout the country. With more than $500 million in annualized written premium, the company is one of the largest property and casualty agencies in the United States.

Brightway began franchising operations in 2008 and has since grown to nearly 800 people in 19 states serving customers in all 50 states. Forbes has recognized the company as America’s No. 1 Franchise to Buy. Additionally, the company was named a top franchise three years in a row by Entrepreneur magazine and one of the fastest-growing private companies in America nine consecutive years by Inc. 5000. People wishing to learn more about franchise ownership with Brightway may visit BrightwayDifference.com and find us on LinkedIn. Consumers seeking a better insurance buying experience may visit Brightway.com and find us on Facebook.